We are an independent Baptist Church. 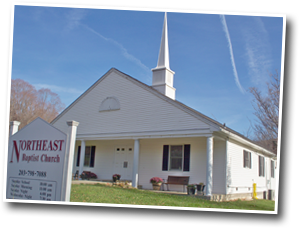 Independent means that we are a local autonomous body of believers, not affiliated with any denomination or religious hierarchy.

Baptist is not the name of a group to which we belong, but rather it is the description of a set of doctrines to which we hold.

1.  We believe in the fundamental doctrines of the Christian faith.

The Inspiration and Preservation of the Bible
Every word of the Bible was inspired by God in the original languages, and is perfectly preserved for us in English in the King James Bible

The Virgin Birth and Deity of Jesus Christ

The Substitutionary Death of Jesus Christ

The Bodily Resurrection of Jesus Christ

After dying for man's sins, Jesus physically rose from the dead after three days of being buried, conquering death for every human being

The Second Coming of Jesus Christ

2.  In addition to these core Christian doctrines, we hold to the Bible doctrines that are historically and distinctively associated with the name Baptist.

Students of history will find that believers and churches that have held to these basic Bible doctrines have existed throughout the world, from the first church in Jerusalem until now.  For centuries the name "Christian" was all that was necessary to accurately identify that a group held to the Biblical Christian faith.  But gradually words like "Christian" and "church" came to be used by groups with such a wide variety of unscriptural beliefs and practices, thus becoming so misused, misrepresented, and abused, that in more recent centuries it has been necessary for a Bible-believing church to be more specific in accurately identifying itself to its community.   It is our privilege to let our name identify precisely who we are, and we believe that this clarity of identity provides the most Scriptural, honest, and productive approach to serving the Lord and the people of our community.